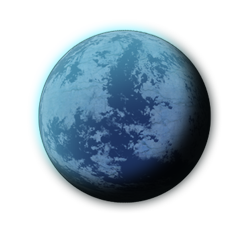 The Minor Polymeric is a small resource planet that possesses large quantities of Polymers compared to most other planets.

1 of these is present in every starter system, being in the 5th orbit around the player's star.

The Minor Polymeric appears to be a very icy planet, with many ice mountains and crags. It seems to bear a resemblance to the real-life moon Europa, being covered in a lot of ice but may have liquid water underneath its surface. These planets seem to be colder than the others, and as such, are almost always the last planets in a system's orbit. It is unknown whether or not the ice is made of water or if it is dry ice. 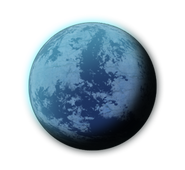 2 Small Polymers and a Wealthy Mars
Add a photo to this gallery
Retrieved from "https://emp-game.fandom.com/wiki/Minor_Polymeric?oldid=5442"
Community content is available under CC-BY-SA unless otherwise noted.